Theodora Katsifi was working as corporate communications manager in a Greek bank until December 2016, when she decided to quit in order to focus entirely on writing.

Theodora is a graduate of the Drama School Carolos Koun Theater and a writer. In 2015, she graduated the creative writing program of the National and Kapodistrian University of Athens and in October of 2017 she enrolled the postgraduate program of Creative Writing at the Hellenic Open University.
She has written theatrical plays such as “Black Eva- White Eva”  (2004-2005, Bar Theatre Kelsos), tv scripts like “Se Eida” (“I saw you”) and “Alithines Istories” (“True Stories”) (Alpha TV, 2008-2009 , in collaboration with A. Tsougou) as well as a series of unpubliced fairtailes both for kids and adults.
In 2009 she published her book ” Ernesto’s magic shoes” and in 2017 she published the book  “Yellow Buoy” from Elivaton Publications. 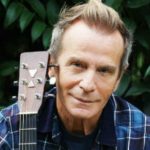 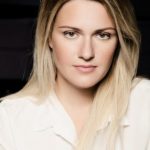