Spyros Michalopoulos was born in Athens.
During his studies at the University of Athens he began his professional career in journalism. He is a member of the Journalists Union of Athens Daily Newspapers (ESHEA).

In 2006, he was awarded the Botsi Award for Gender Equality issues from his articles in the newspaper “Eleftheros Typos“. He has been editor and editor-in-chief in daily political newspapers, magazines, web pages, and until now he has been studying and presenting radio news on Piraeus’ Channel One at 90.4F.M.

In September 2015, the National Theater chose him, after a contest, to be part of the “Studio of Theatrical Writing” together with nine other writers. On 11 June, he presented himself at the National Theater in Neo Rex,  with his work “Heresies“.
During 2016 and 2017 theatrical seasons, his “Sex Lexicon- I epistimi tou erota” project, was played at the “104” Theater. The play apart from Athens was also presented in other cities in Greece as well as Cyprus, and it was published as a book by Periplous Publications. 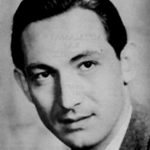